Like postulation (arthāpatti), the pramāṇa or instrument of knowledge known as upamāna, often translated as "analogy," is both fascinating and underdeveloped in contemporary analysis. There are few stand-alone books focusing just on upamāna, although it is frequently treated along with testimony and perception. I suspect this is because, as with postulation, upamāna is often reduced to another more well-accepted pramāṇa--usually verbal testimony, inference, or perception.

Two books devoted only to upamāna are:

I have been reading just Kumar's book, since I am waiting for an inter-library loan of Chattopadhyay to arrive. In doing so, I came across a debate about the relationship between postulation and upamāna. By the way, I am not translating the latter term since I am not sure whether "analogy" quite captures what is going on. The question is whether we can explain upamāna as merely an instance of postulation. The target of this discussion is frequently this famous stock example (version updated a bit for color):


Suppose I live in the city of Singapore and while I have seen cows, I have little experience with other animals. A rancher tells me that the gavaya is an animal that's like the cow. I venture into the forests of Malaysia one day and happen upon an animal that looks like a cow, but isn't a cow. I remember what this rancher told me and I realize that the animal in front of me is a gavaya. (Or I think, "That is the animal called 'gavaya.')

It's important to note that upamāna is implicated in language-learning, although that is not its only role for Indian thinkers. I learn what the denotation of 'gavaya' is through testimony, perception, and memory. While pretty much everyone agrees that I have knowledge at the end of this stock example, not everyone thinks that this knowledge is due to some sui generis source, like (most of) the Nyāya and Mīmāṃsā. For instance, the Advaitan Ānandapūrṇa, in his Nyāyacandrikā (who also agrees it is sui generis) argues against an opponent who thinks upamāna is just postulation:

That is not right, because this contradicts the (opponent's own) assertion: the thought of similarity which is not present is memory.

In other words, the opponent has earlier said that when I encounter the gavaya in the woods, I remember the earlier testimony that the gavaya is similar to the cow. But here the claim is that I know this similarity through postulation. Only one of these can be correct. Further, Kumar notes that Ānandapūrṇa argues that since the similarity which is remembered is not similarity that is currently present to my senses (when I see the gavaya), it is not able to be established. For most Indian philosophers, the Jaina excluded, smṛti or memory is not a source of knowledge. It is implicated in inference and other pramāṇa, but it is itself not a knowledge-source.

Who might argue that upamāna is postulation? We know at least that Udayana argues for this position in his Kiraṇāvali. As a Naiyāyika, he further thinks that postulation is reducible to inference (anumāna) of a particular sub-variety (it seems that Ānandapūrṇa's interlocutor does as well, given what Kumar says about other counter-arguments involving a discussion of invariable concommitance or vyāpti). This view is not the standard view of Nyāya, however, as many them prefer to hold that upamāna is sui generis (Jayantabhaṭṭa is another exception, agreeing with the Mīmāṃsā that upamāna is a matter of inference).

This discussion is interesting to me, since I find plausible Mukulabhaṭṭa's arguments that the cognition of (at least some varieties of) figurative language are driven by postulation. When one thinks of figurative language, analogy is central. Poetic thought is about juxtapositions which point at similarities or contrasts, as well as explicit statements of these connections, through similes and the like. Analogical reasoning, too, is important in legal theory, scientific thought, and so on.

In Western philosophical thought, analogy is often characterized something like this:


An important question, as in Indian philosophical thought, is how to analyze the structure of this argument. Unlike Indian philosophical thought, there is not necessarily a reference to a thinker who is having a mental episode, moving from testimony to perception to memory of the testimony and finally to knowledge of the similarity. Further, the conception of analogy in Western philosophy is inductive: (3) is not a necessary conclusion drawn from (1) and (2) but is probabilistic (or some other model). In contrast, for Indian philosophers, a pramāna results in secure knowledge, not belief to a degree or the like. However, this knowledge need not be secure because it is inferential. After all,  anumāna or inference requires a necessary pervasion relationship (vyāpti) between a sign and what it establishes. This relationship is difficult to characterize adequately for upamāna. Here is how Jayantabhaṭṭa analyzes it in the Nyāyamañjarī:


Here, though, in contrast to the Western characterization, what is being discovered is the initial similarity between source S and target T. At least as Jayantabhaṭṭa wants to put it, what comes to be known is that the cow and the gavaya are similar. This poses a problem since it seems as if this was already known through testimony! Further, if the paradigmatic example of a hetu is smoke which indicates fire's presence, (1) we need to have multiple instances of this in order to make a universal generalization, and (2) for the hetu to be valid, we also need its absence--smoke should not exist where there is not fire. But in this example, I have only seen one instance of a gavaya and there are other animals with limbs like a cow that are not gavaya-s.

There is much more to say about upamāna, postulation, inference, testimony, and their interrelations, as well as the connections between these topics and analogical thought. However, this should give a sense of the topic in brief.

Cross-posted to the Indian Philosophy Blog. 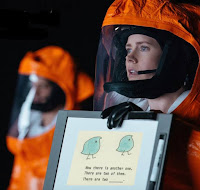 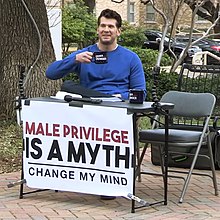